>Dutch writer Martin Michael Driessen’s novel, Rivers, was published originally in 2016 to critical acclaim, and it won the prestigious ECI Literature Prize. Three novellas weave together, each centered on a particular river.

The first tale, All Comes to Naught, tells the story of an alcoholic actor who must combat his demons along the storm-swollen Aisne in northeastern France. The second story, Voyage to the Moon, is set along the Main and Rhine Rivers in Germany and concerns a kindhearted logger who has but one dream: to travel with the logs all the way to where the rivers end in the great North Sea. The third novella, He Shall Be Purified by Fire, Water, Air and Earth, is set in Brittany and concerns two families divided by religion and an unnamed stream. These families manage to sustain a centuries-old feud and the constantly shifting flow of water that separates them proves too much for them to overcome.

The three stories span countries and eras—from the 18th to the 20th century—and are connected by the power of water, the moving flow of rivers that can bring life but also take it away. The stories’ power comes from the restraint the writer uses as he seems to hold each and every word hostage until that word can prove its worth. As a result, the slow build of pressure seems more like a rising tide than water bursting from a dam. These stories will make you struggle with ideas as well as plot points. Fascinating work. 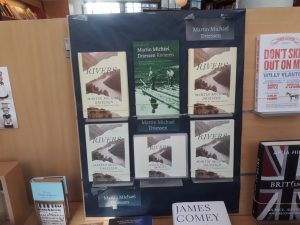 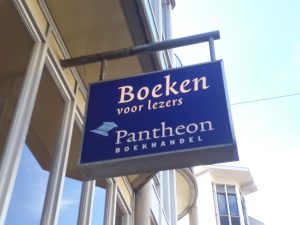